And now MOZ has moved a step closer to towards what could be a genuine re-rating event – drilling for graphite at Cabo Delgado.

Things are starting to get real... in a recent crucial announcement, MOZ delivered the news that all conditions have been met for the granting of licenses that MOZ has the option to acquire. But more on that later.

The Cabo Delgado region in Mozambique is home of the biggest two graphite deposits on the face of the earth – Syrah’s Balama and Triton’s Nicanda Hill.

Syrah and Triton are the “BHP and Rio Tinto” of graphite...

Just as BHP and Rio are Aussie resource heavyweights that dominate the global iron ore game, Syrah and Triton are dominating the global graphite game.

Enter MOZ... it’s very early days of course but the end goal here is to become the “Fortescue of Graphite”.

A picture tells a thousand words... 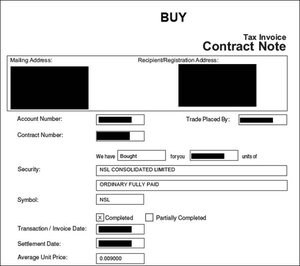 The battle to become the Fortescue of graphite is between MOZ, wearing red, and Metals of Africa (ASX:MTA) in green.

MOZ looks to have the most leverage, despite being at an earlier stage, being capitalised at just $4 million, compared to MTA’s $14 million.

On 31 st March, the vendors of the graphite projects MOZ has the option to acquire advised that all conditions required for granting of these licenses have been met:

This de-risks the acquisition process, and brings MOZ closer to its commencement of ground works and drilling.

MOZ will commence exploration immediately upon formal grant of the tenements, which is expected shortly.

The prize tenement is virtually within the TON tenement that hosts the world’s biggest single graphite deposit – TON’s Nicanda Hill.

The other is just to the southeast, and is around double the size of the tenement that hosts the world’s second biggest graphite deposit – SYR’s Balama.

Here is that map again – but zoomed in – remember MOZ’s ground marked in red: 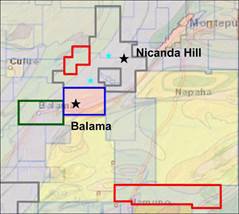 These are the goliath resources that MOZ now sits directly above and beside...

Needless to say, the potential upside here is significant.

MOZ’s timing in securing control over these assets was impeccable...

Triton was trading at just 15c, and the graphite boom was seemingly taking a breather.

But then Triton released the first of a cluster of game changing announcements that singlehandedly revitalised the entire graphite sector.

Firstly, the revelation that Triton’s graphite is expandable, which makes it much more valuable and suitable for end uses such as batteries for electric cars.

Then, enter one of the small cap mining deals of the decade... Triton signed a $2 billion, 20 year offtake agreement with Yichang Xincheng Graphite Co, the largest private producer of expanded graphite products in China.

These announcements instigated a rise in the value of Triton shares, 5-bagging from 14c to 71c:

Fellow nearology play MTA has also multi-bagged based on TON’s resurgence, more than tripling from its lows of 3.2c:

MOZ however appears yet to be discovered by the mass market, and has only increased 50% since inking the option to acquire the ground that is engulfed by TON and SYR – and since we first highlighted MOZ in our article $3M ASX Nano-Cap Next Door to the Biggest Graphite Resource Known to Man :

So we think MOZ has just a touch of catching up to do...

And even MTA is capped at approximately 3.5 x MOZ.

We believe further appreciation is likely in MOZ’s celebrity neighbours, and MOZ too – ground exploration is coming in the near future, now that all conditions precedent to the granting of licenses have been met.

We have invested in MOZ as the Mozambique graphite play as we believe it has the best risk/reward metrics, however any decision to make an investment should be based on your own research.

MOZ are now working with geologists in Mozambique and Australia and are carrying out desktop studies. As soon as the licenses are granted, MOZ will carry out fieldwork which should include drilling in the near term...