Why are We Staying Up to 3am Tonight?

The EU Climate Summit Starts in a Few Hours

European Union leaders will shortly gather at the EU Climate Summit to announce sweeping new climate action policies for the next decade.

VUL investors like us aren't the only ones who will closely be watching the summit unfold.

These new EU rules will affect electric vehicle batteries manufactured in the 27-nation bloc AND those imported from abroad.

VUL has been green from its inception, and has developed a world first, IP protected “Zero Carbon Lithium(R)” extraction process.

VUL’s Zero Carbon lithium project is located in Germany, at the centre of the world’s fastest growing lithium market. The project happens to be roughly 600km from Tesla’s soon to be completed Berlin Gigafactory.

These EU policy announcements could be happening in just a few hours.

We expect the mainstream media to be all over it tomorrow.

It will be like Tesla battery day all over again...

What VUL investors should watch out for in the new EU policies tonight:

Any of the above announcements could be transformational for VUL.

We will certainly be watching the summit speeches early into the morning. 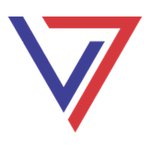