Vulcan Energy Resources (FWB:6KO, ASX:VUL) was our top pick of the year for 2020.

Vulcan has developed the world’s first and only zero-carbon lithium process and plans to produce battery-grade lithium hydroxide from geothermal brines pumped from wells with a renewable geothermal energy by-product.

The large resource size is significant and provides Vulcan with the opportunity to become a major supplier of lithium chemicals into European Union markets.

Vulcan aims to use its project to produce the lowest CO2-eq. footprint lithium hydroxide for electric vehicles in the world.

Recent Activities by the Company

Highlights of the PFS include: 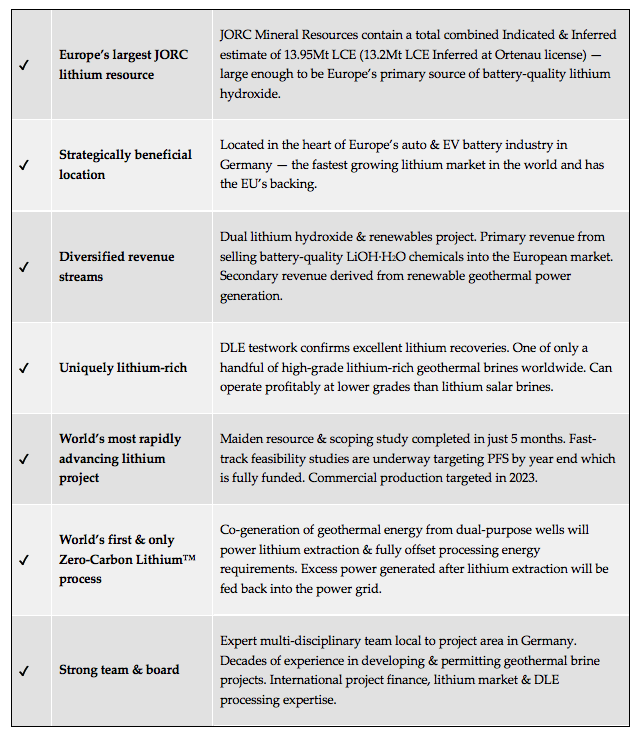 This ASX Stock is Now Cheaper than Where We Last Invested

A few weeks ago we invested more in Vulcan Energy Resources (ASX: VUL) via the placement at $6.50 - as a long term hold. VUL’s share price has just come back to around the placement price, which often happens for a little while as the market digests the newly issued stock.

We Just Invested More in this Stock ... ... plus what's happening with VUL and EXR?

What are the best returns in our portfolio?

What we are Watching Over the Next 48 Hours

Why are We Staying Up to 3am Tonight?

VUL Boosts Confidence in Lithium Resource Ahead of PFS

Is VUL Presenting a Buying Opportunity?

Momentum Building in VUL - Our Top Pick of 2020