Thomson Resources (ASX:TMZ) is set to acquire 100% interest in the Webbs Silver Project and Conrad Silver Project in the New England Fold belt in NSW.

Webbs is one of Australia’s highest grade undeveloped silver asset, while a previous owner has demonstrated an in ground value of almost one billion dollars at Conrad.

Combined, this company is acquiring over 30 million ounces of silver equivalent resources.

The company is aiming to start aggressively expanding its silver resource base over the coming months, both organically and via acquisitions.

Thomson also has complementary gold assets in NSW and Queensland that it is undertaking extensive rolling drilling programs that build on previous high grade results.

This gold drilling programme provides a significant number of near term catalysts.

Why we have invested 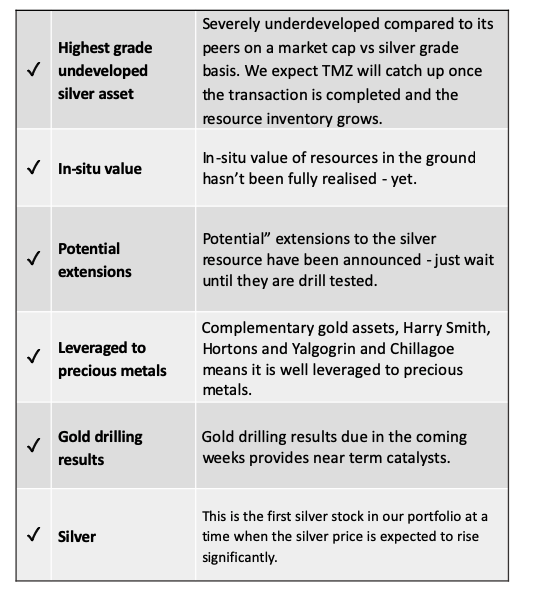 Our Latest Articles on Thomson Resources

We have been reviewing dozens of companies over recent weeks, scouring the market in order to find the best small cap stocks with the ability to give us long term growth - that have the potential for large % gains, just like our other portfolio picks. Welcome Thomson Resources (ASX: TMZ).