Galileo Mining (ASX: GAL) is focused on the discovery of base metals in Western Australia. The company is exploring for large scale magmatic nickel copper deposits in the Fraser Range and for high grade nickel-copper-cobalt resources at its Norseman project.

The company has launched its 2021 exploration field programs at the Fraser Range Nickel Project, having commenced electromagnetic surveying as it targets conductors associated with previously identified nickel sulphide mineralisation.

In tandem with these initiatives, management is preparing for the first reverse circulation (RC) drilling programme of 2021 that should begin in February.

Galileo also anticipates drill testing its Norseman Project for nickel sulphides in the June quarter of 2021. 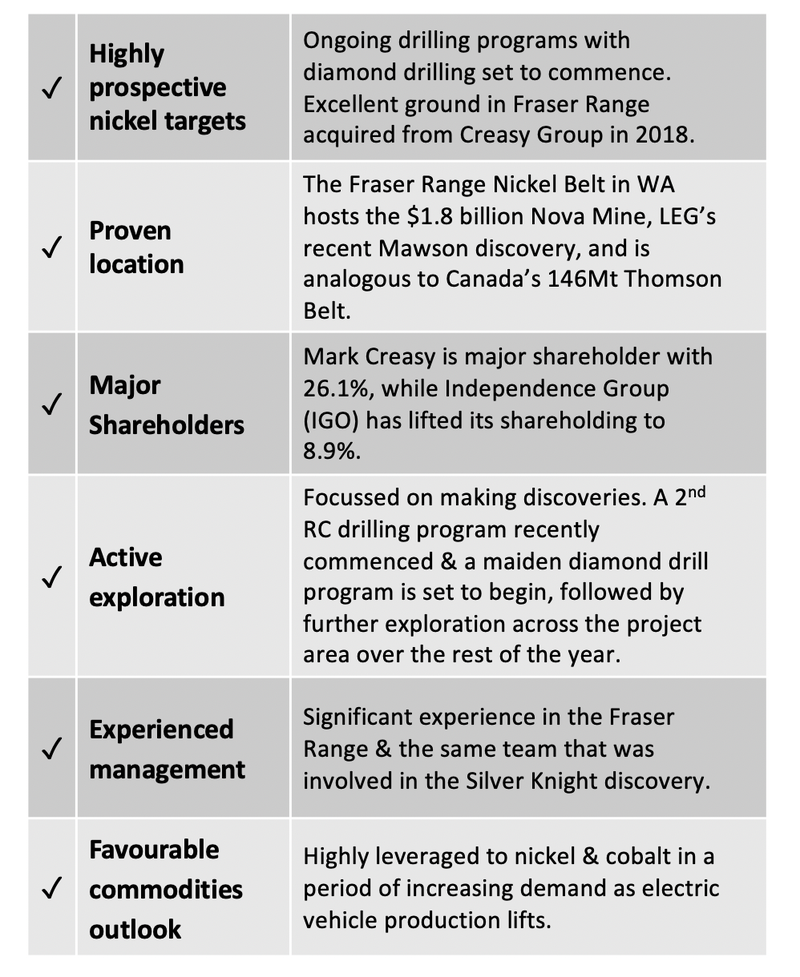 Our Latest Articles on Galileo Mining

DOUBLE DOWN ALERT: We Have Just Increased Our Holdings in this Stock

We have held Galileo Mining (ASX: GAL) since March last year, and over the last few weeks we have doubled our position in this stock. We invested in GAL, as we are seeking a return of multiples of our original investment - which is possible if GAL makes a large discovery.

Is this Mark Creasy Backed ASX Stock the Most Highly Leveraged to a Nickel Discovery?